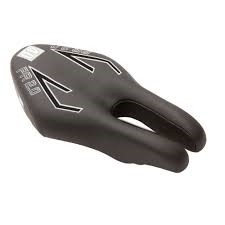 I never thought I would say, much less type, those words. But that changed in 2015.  I had been riding a mountain bike seriously for about a year, swapping my old Gary Fisher for a carbon race machine.  I’d also gone and entered my first XC race.  And that’s really what did it.  The race lasted over two hours and it was the first time I had pedalled relentlessly with everything I had for that length of time.  I had twinges during the race, but the adrenaline was pumping, urging me on.  Later, a urinary infection hit with full force.  It’s something I’m prone to, so I can’t entirely blame my factory fitted WTB saddle, but when I thought of how the softest tissue on my body got pulverised against the nose of that saddle for over two hours I knew something had to change. 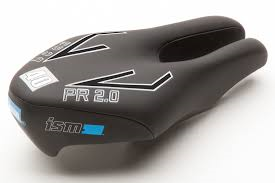 There are a number of saddles branded ‘women’s specific’ out there. There’s a bit of science around it, which suggests that women have wider sit bones than men so will typically need a wider saddle.  Oh, the fun I had trying to measure those sit bones, tape measure, cushion and tin foil to hand (don’t ask).  There is no one saddle shape to suit all.  Many of them have cut-away sections.  Some are convex, some are concave.  There are levels of padding and some offer gels.  And others have drilled, flexi noses to make them give under pressure.  I studied each type, paralysed by the thought of the cost and disappointment if I made the wrong decision.  And I kept eyeing up those noses, convinced they were still going to do me damage, no matter how padded or flexi.

Enter the camel toe. I had seen these hysterically odd saddles on an ad somewhere.  A two-pronged, angular thing.  It did not even look like a saddle.  But no matter how ugly, I knew I had to try it because the whole point (or the majority of it) was that it had no point; it was noseless.

Whatever saddle you buy, the advice is to trial it if you can. It seems there are two choices with trialling.  First, find an outlet that has demo saddles of the type you are looking at (you might have to go to the manufacturer to get a list of shops).   Or, find a shop that will swap a saddle you are not happy with once you have bought it– Evans were doing something like that at the time.

I left a deposit for a demo saddle with Pedal Pedal and received the curious object a few days later. It was christened the Camel Toe only when my envious local bike shop manager hollered the words at me across the shop forecourt.  I laughed and hoped to god the saddle was going to do what it said on the tin.

In the beginning there was tinkering. There are detailed instructions on fitting the saddles on the ISM website, as it differs to the position, height and angle of a traditional saddle.  And I could not get it right, pushing it back, pushing it down, pushing it up again.  The whole thing about the ISM is that it is an entirely new way of sitting.  Completely opposite to the science bit I mentioned above ISM say it does not matter about the width between your sit bones.  On an ISM saddle, you don’t use them.  You use different bones, what they call the Pubic Rami, within the depths of your groin.

It felt weird. It took time.  The demo saddle was a road version, hard as rock.  But I could not go back.  I kept that demo saddle (thank you Pedal Pedal) for two months.  I procrastinated, but in the end I bought the PR 2.0.  Multi-purpose, slightly softer and a reasonable price at around £80 (not the RRP but you can usually find one for this price).

Since, I’ve not looked back (or down). I have done 24 hour races on it.  I have done multi-day bike-packing rides, spending up to 10 hours on it each day.  When I bought a single speed MTB the first thing I did was to buy it an ISM PR2.0.  And when I get my enduro-ready full sus? – It’s one thing putting an ISM on an XC bike but I giggle at the idea of a camel toe, riding high on a trail shredder!  But it is only through having to trial new bikes that I have come to reflect on the saddle I now take for granted.  With each traditional saddle, oh, the pain.  The soft tissue.  The sit bones.  They are just not used to it.

It is butt ugly but most of the time it is under my butt so that works out well. Where it counts it works.  When I took my bike to Mountain Mayhem last year I was curious, no flattered, to notice a man with tight everything in tight Lycra starring at me. Moi?  No, my camel toe.  Turned out he worked for a company that distributed ISM.  And he was simply amazed to actually see one. 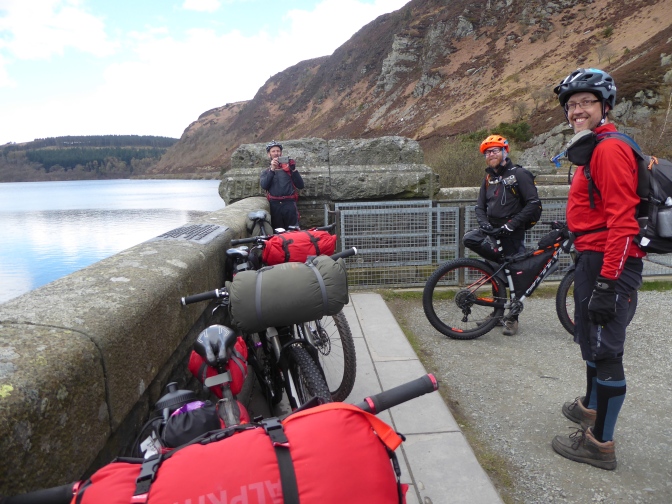