‘When is enough? When do you stop pushing?’  I was asked recently.

I had already asked myself the same question and so I gave the answer I had arrived at; ‘I have not really pushed myself, not ever, not if you discount academic achievements.  So, I don’t have a map, nothing I can refer to on how hard and when is enough.’

Since I began cycling two years ago it has been about pushing in one way or another.  One push after the next.

The first was at the back of a pack of strangers on my first club ride, struggling on alien single track potted with puddles and slick with mud, when all I had ridden up to then was the sustainable hard core of trail centres.  I had never peddled as hard as I did that night.  It took my breath away, but then a euphoria flooded in when it was over.  I had made it and I had discovered some of the muddy ribbons and forest canopies that wrapped my world of  brick and tarmac.

Those rides were tough.  Building my fitness on a cheap bike doubled the workload.  It was enough for me just to commit to the ride, accepting that my lungs would catch fire and I would suffer desperation in the struggle to keep up with faster, fitter cyclists.

But one day I became one of those cyclists.  I was fierce in my club ride pack, intent on being faster than the next rider, growling on the inside if not on the outside (although I am sure I did that at times).  There I was pitting myself against mild-mannered men out for of a dose of escapism and bike chat; I was riding like Beryl the Peril, determined to beat them, exultant if I could and raging if I couldn’t (er, on the inside, mostly). 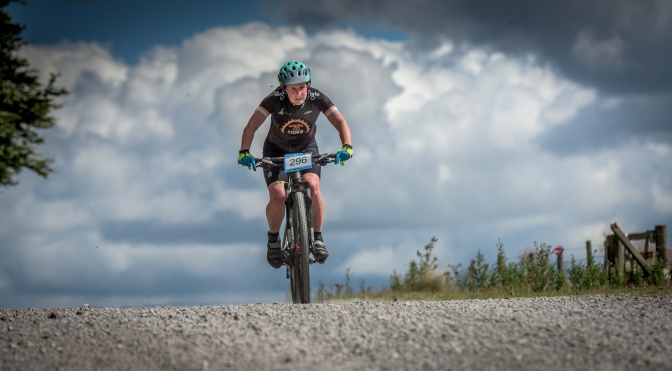 So I decided on cross country racing.  That was where the aggression belonged. Amid sickening anxiety, I stood on my first start line in Thetford Forest, wanting to pedal in the opposite direction but catatonic, watching fascinated as the other competitors chattered before the gun exploded.  I pushed for two and a half hours, willing it to end.

I completed other races that year (and this), although, it became harder job to push myself to the start line each time.  Expectation weighed heavy and those races became harder and harder.  By the autumn I could not say I was an affirmed racer but by then I was already preparing for the next push.

I can’t remember how the Coast to Coast (Tim Woodcock’s off road version) found its way into my consciousness.  But it did.  And in early September 2015, all the i’s dotted and ts crossed, I found myself in St Bees, a pebble in my pocket, facing a 220 mile off road journey across the country with three companions.  I had no idea if I could complete it and felt intimidated that my companions were men; surely I would break first.  Each day was a push, whether that was hoicking my bike onto my shoulders to make the sketchy climb over Black Sail Pass, pedaling to the summit of Hardknott Pass, pushing the bike up steep technical inclines that kicked, over and over, each time you thought you were about to summit, or taking that final 30% climb in horizontal rain onto the North York Moors.  Each day I had to find something extra, a willingness and a desire to keep going and the faith that I could.

Fear and self doubt are huge boundaries I must push through.  The fear of cycling in a new group or a new technical feature I am not sure of are just a couple of them.  But 2016 has been a great year for technical progression and even saw me able to clear some small gap jumps.  Taking myself in hand and letting me know that I could do it was almost a physical task at the time.  But it was a push that has enabled me to gain a little trust in myself.

2017 has yet to begin but I am already looking forward to it.  A transatlantic adventure, XC races, enduros, working on my bike handling skills, they’re all there waiting.  And to enable me to face them I am working on my fitness through the winter.  I have joined a local weekly ride that is just a bit faster than the ones I usually do.  And just like everything else, to get there and get through it, I must push.  If I didn’t I would give in to the anxiety of being left behind or falling off with exhaustion (after two years there is little difference between my feelings now and those I had on my first club ride – the pace has simply increased).  I might succumb to the utter conviction that I don’t deserve to be there, riding with people I respect from the race tracks.  Or I would break down, utterly burnt out, as I see the other riders disappearing over a brow.

I’ve made three rides and none of these things have happened yet.  It doesn’t mean they won’t.  I guess just have to keep pushing.  And I still haven’t a clue when is enough. 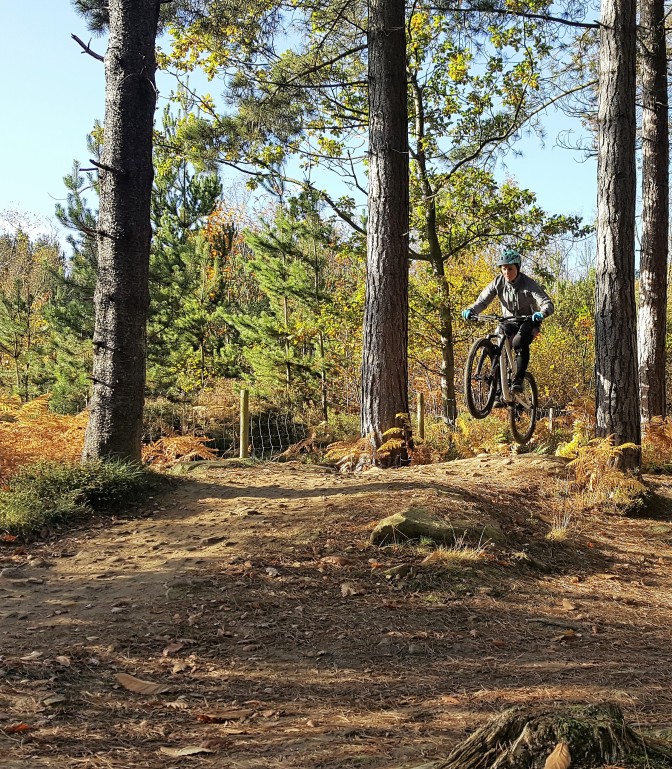